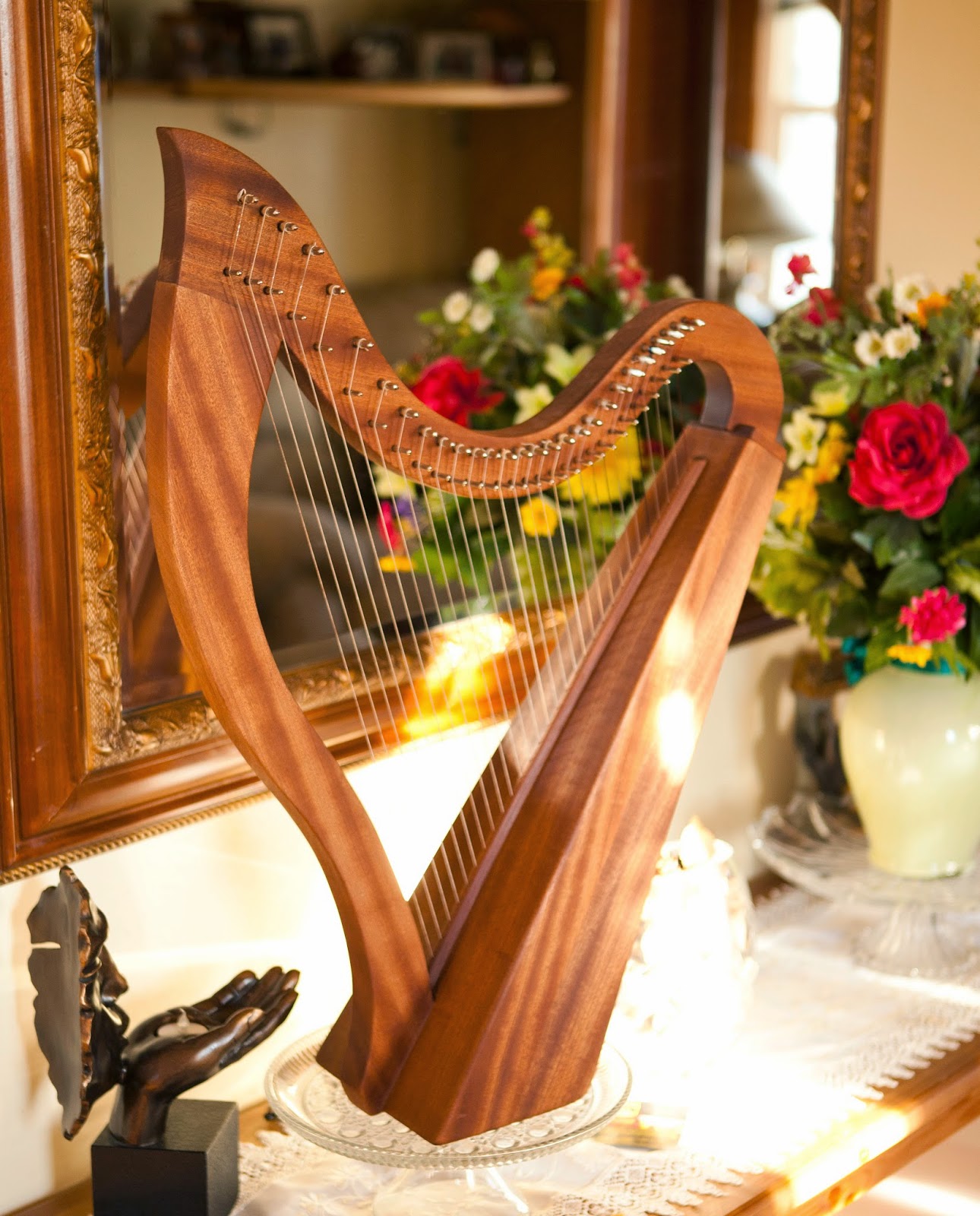 Made with a lot of love for my awesome friends, the Rodrigueses

Beautiful Sapele Wood Harp 2014 29 Strings (With Guitar Strings) under $150 to make. Compact 4 octaves Celtic Harp. Let me know if you have any questions.
If I get enough requests, I'll made the plans so you can make it.

paralove21stcentury@gmail.com
Posted by Unknown at 6:32 AM 5 comments: 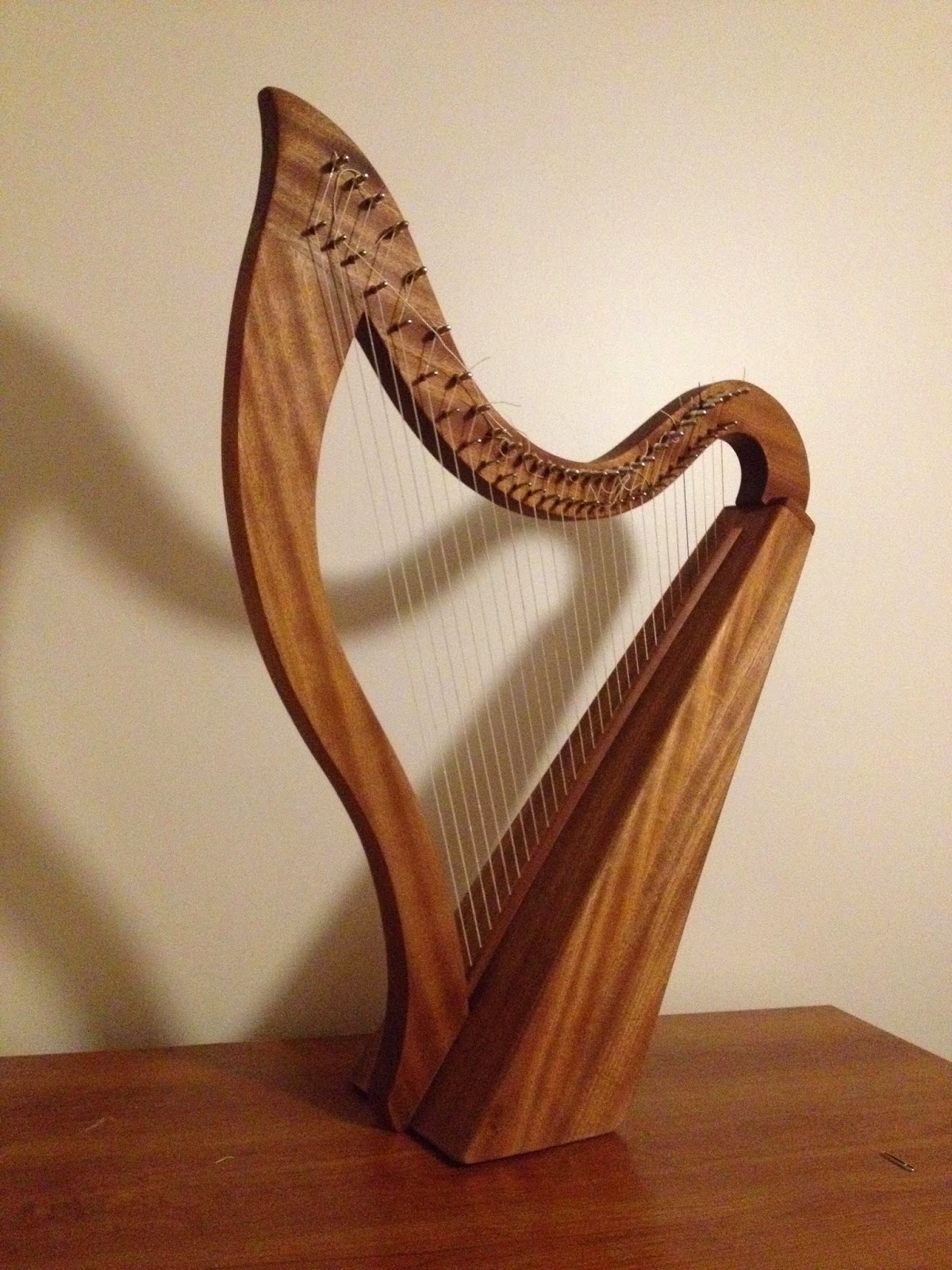 Posted by Unknown at 8:10 AM No comments:

The design was not simple. At least to me.
It took many hours of many days of work to make sure I had a good design to built. I had a previous design which was at the time I thought was beautiful but then I realized it had some cheese proportions going on. Then I started redesigning it and this is what came out. I did not make the design based on anyone else's. I had references but they were just to give me an idea of how it should be. I don't think I've ever seen the tornado curve on the bottom limb anywhere else. I just though it being circular like it usually is  on other harps was too boring and was missing something so I added that and I was amazed how right it looked. Before on the old design which I built on pine wood as you can see had a head point that was facing upright giving a celtic look and I really liked but when I started tweaking with the curve of the limbs I've noticed it wasn't celtic anymore so I made it face frontwards. The old design had more male curves which I like very much but I decided to switch to female curves for this harp. 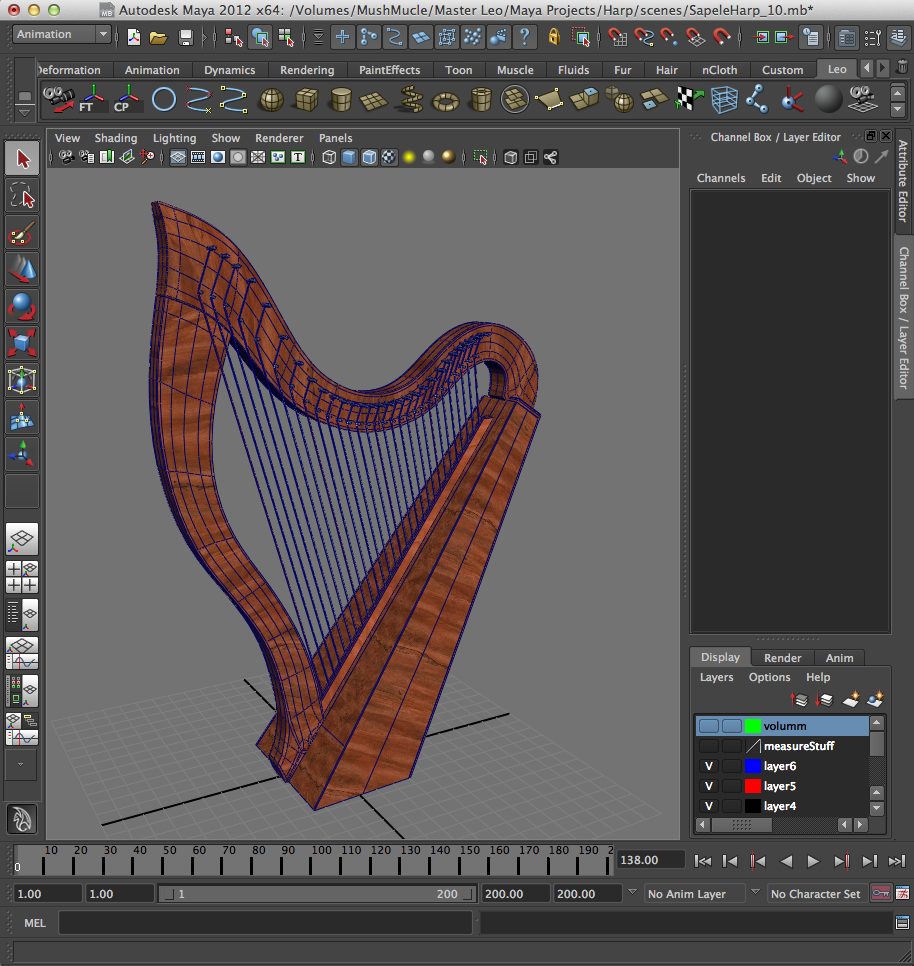 This is the first harp I made. It is made out of pine. I added the knuckle on the bottom limb because it made sense and to match the top limb. I've never seen other harps with that so it may be original. Who knows. Nothing is original nowadays :(

This design did not work because it had a really small box which makes it have no acoustic. So sad. the high notes sounded fine but with not much volume on the box, the low notes sounded bad, it just had no sound. And the walls were too thick which I am still not sure if it makes a difference. I mean, guitars, violin, ukeleles, etc, all these string instruments have a thin wall so that may influence the sound right? but I've seen a harp making video which the guy uses thick walls on his harps and it sound normal. So I'm still not sure if it makes a big difference. 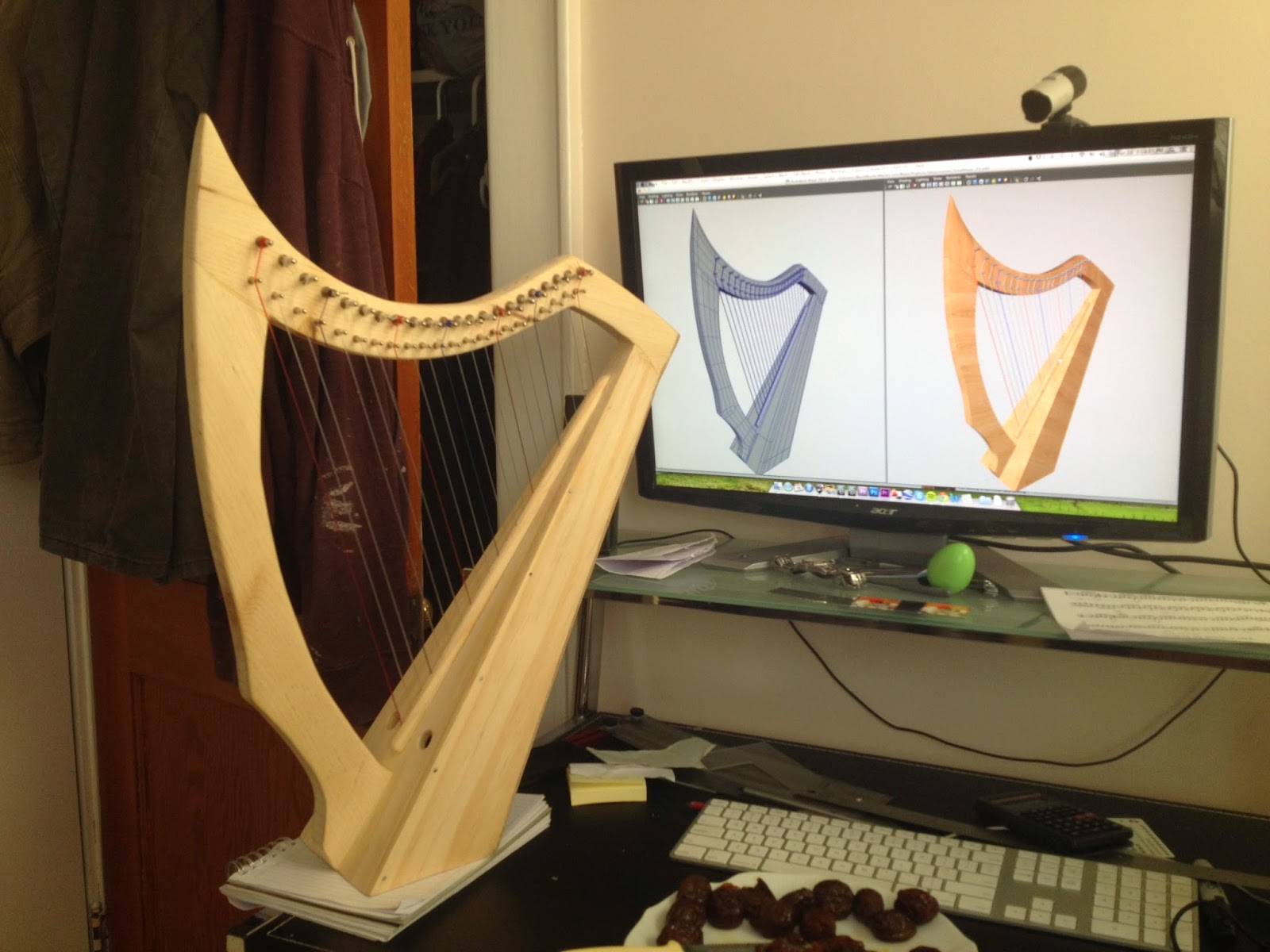 Me and my Baby 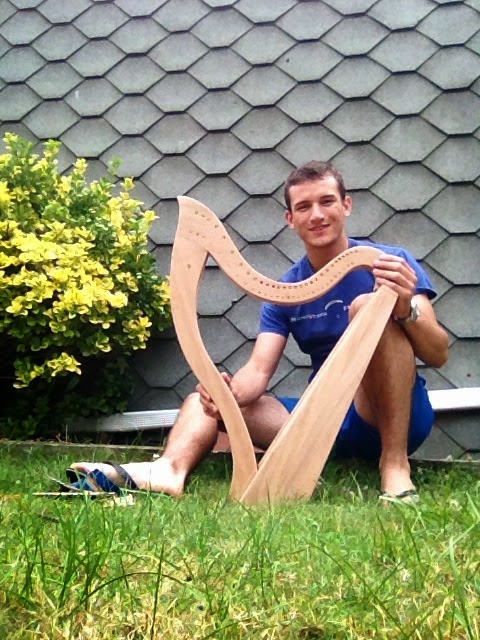 Posted by Unknown at 6:05 PM No comments:

Finished it with olive oil and beeswax. Very easy to make and apply. What your looking at is one coat only of the finish and it smells sweet. 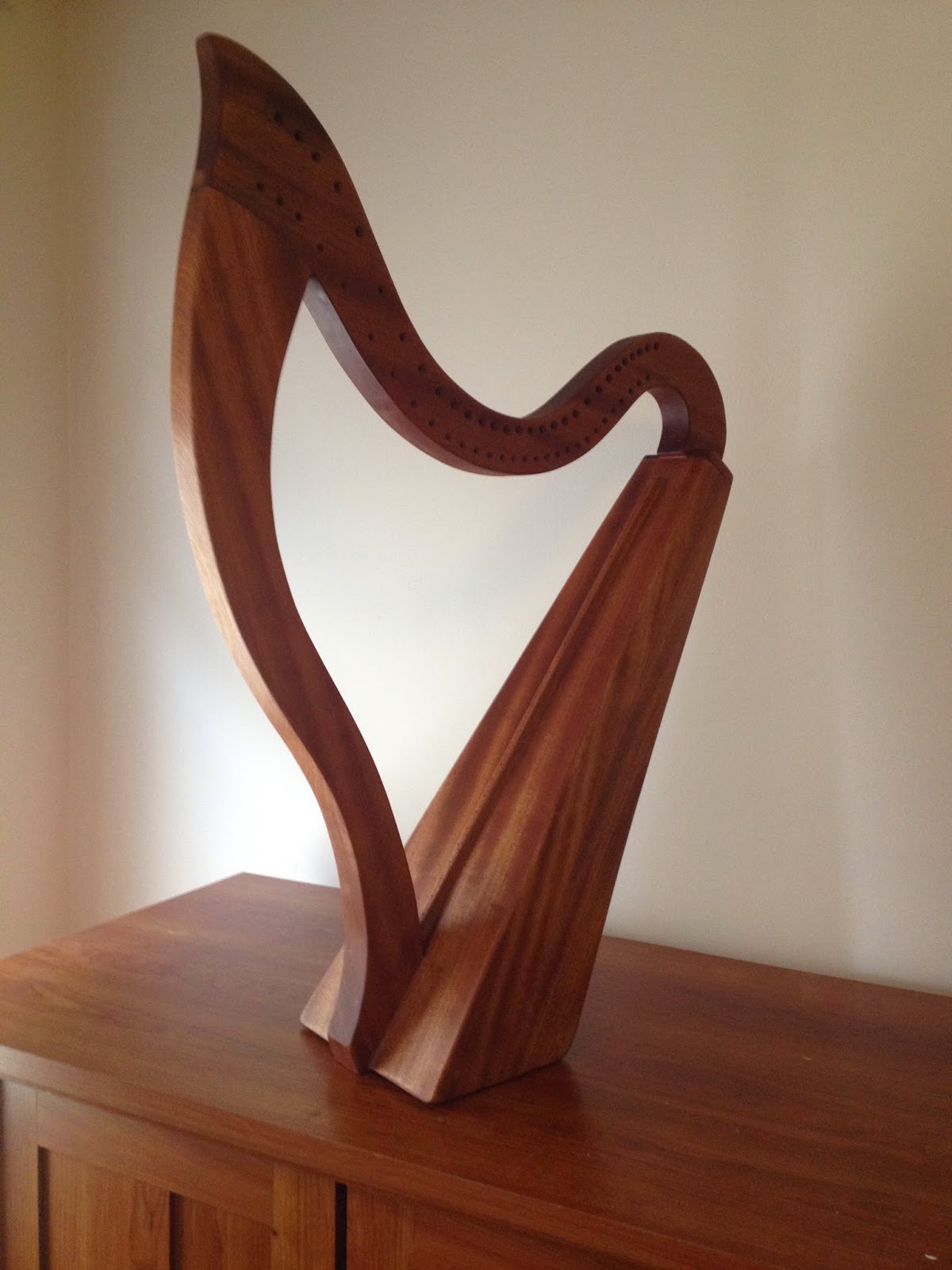 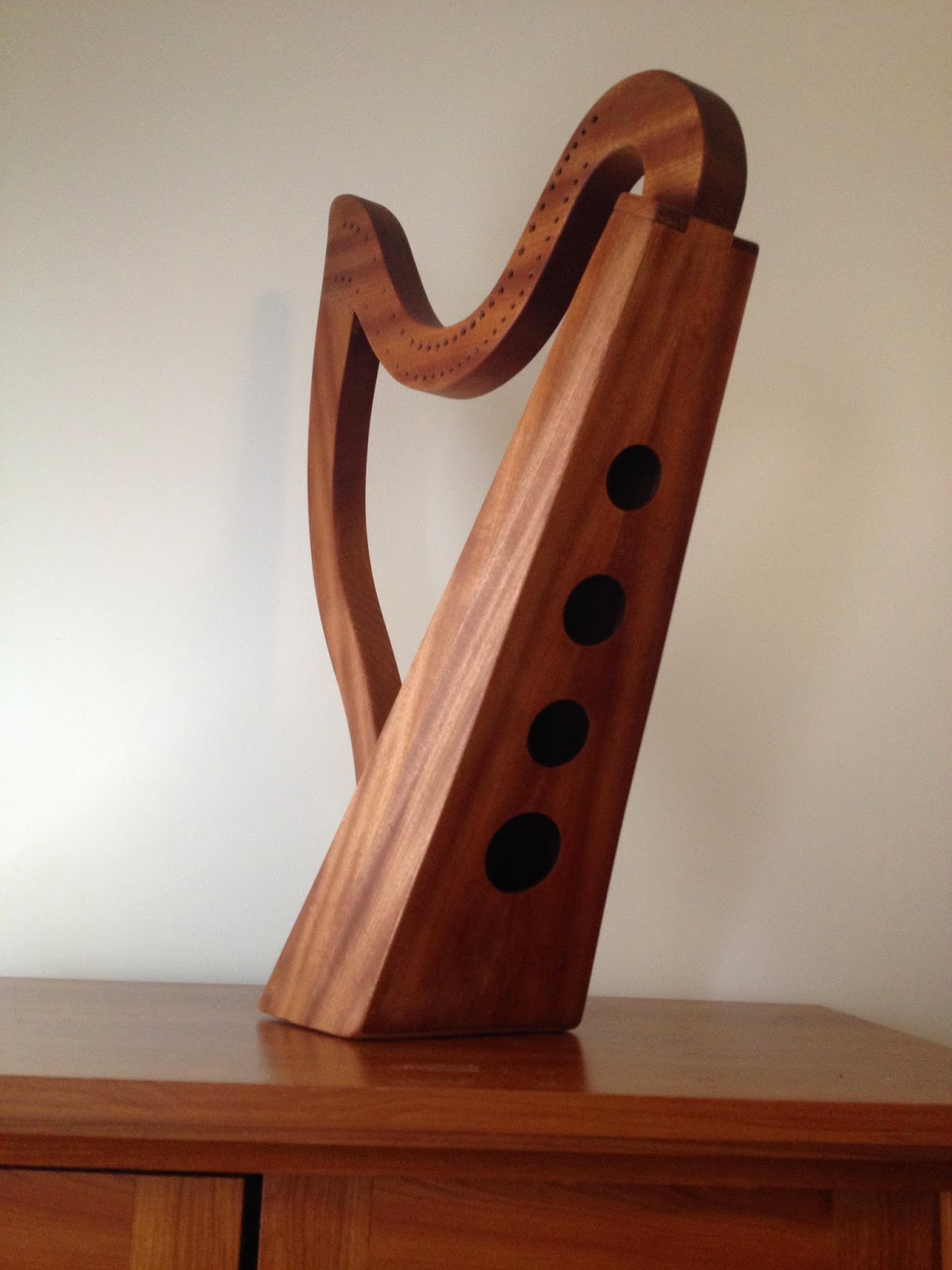 The caps was a pain to make. I had to make sure the fitting was perfect which took a long time to sculpt. Then I had to file it down which took more than I though.
I made the left cap removable so you can take it off and play the harp with the sound going right in your ear :) 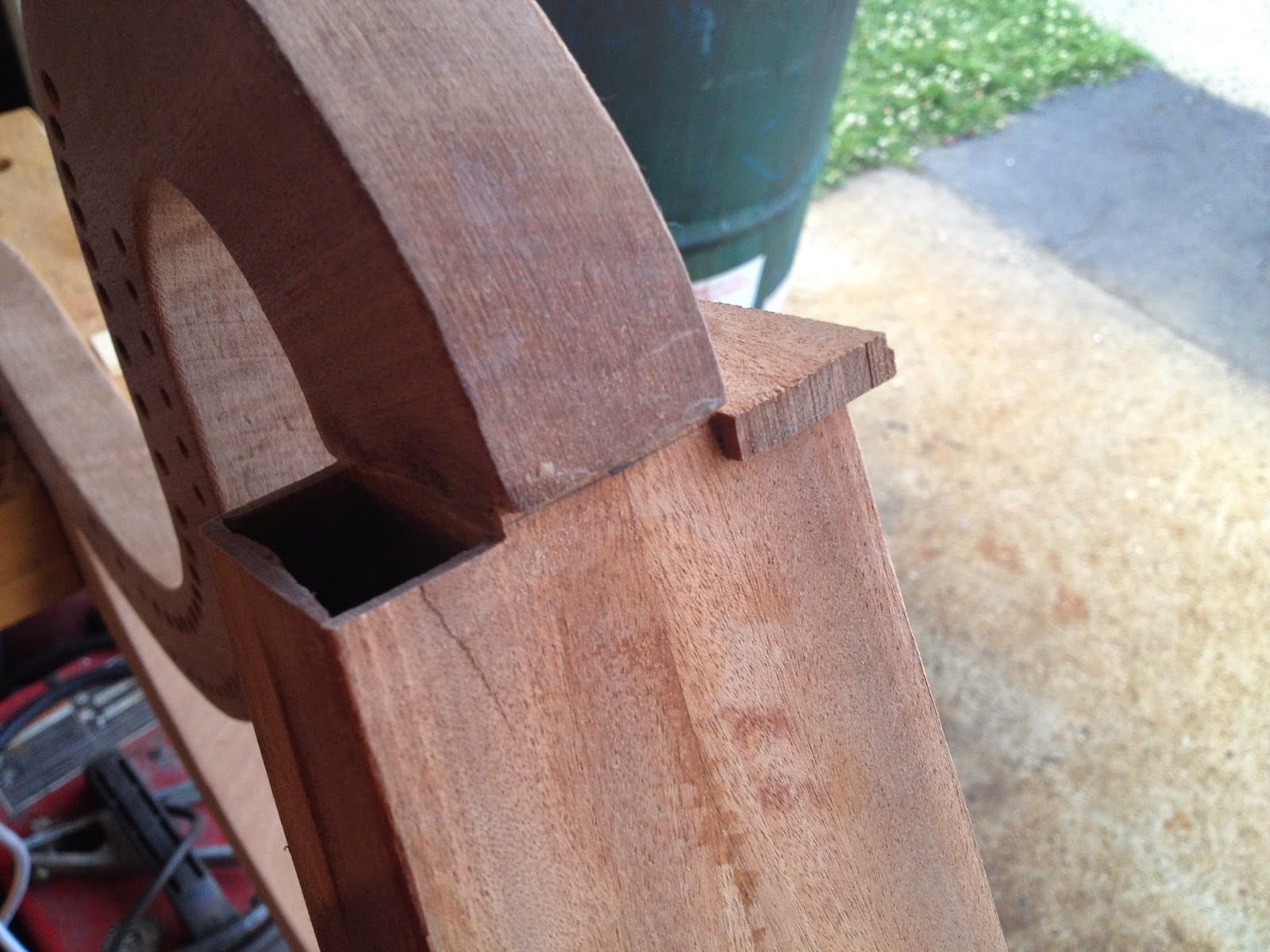 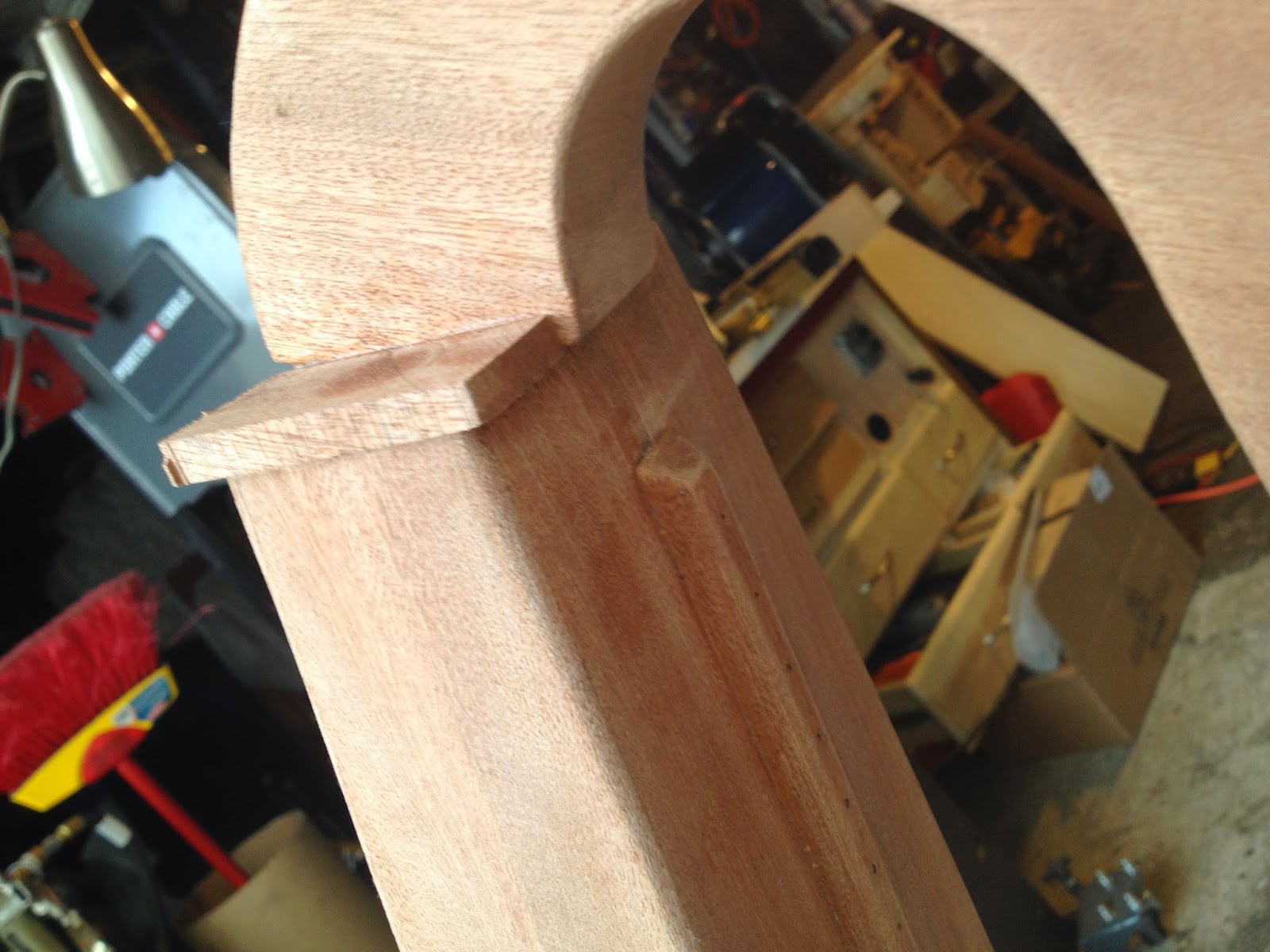 Posted by Unknown at 6:00 PM No comments:

The final panel to be glued.

Then I added Psalm 95:1
O come, let us sing unto the Lord. Let us make a joyful noise to the rock of our salvation. 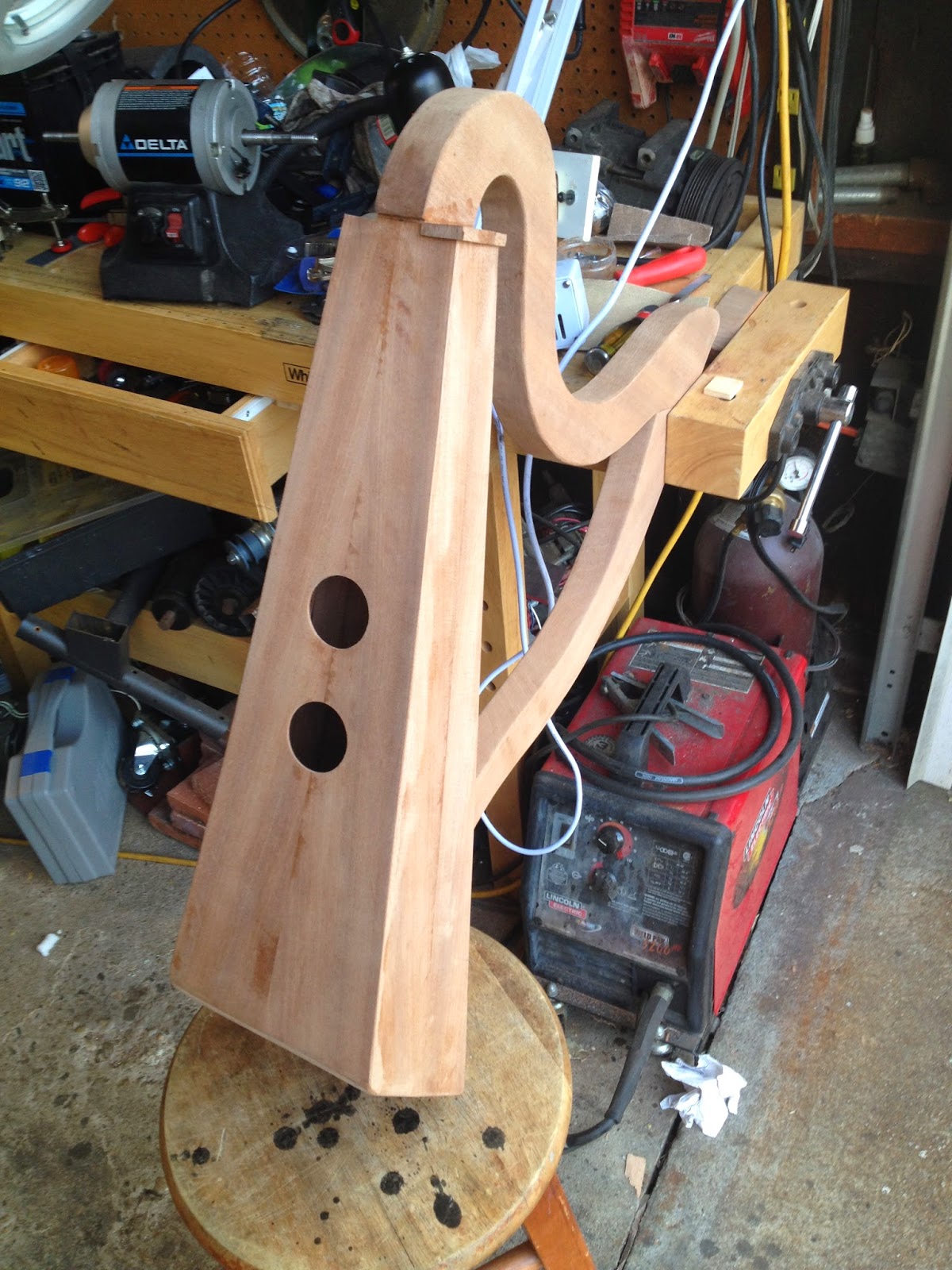 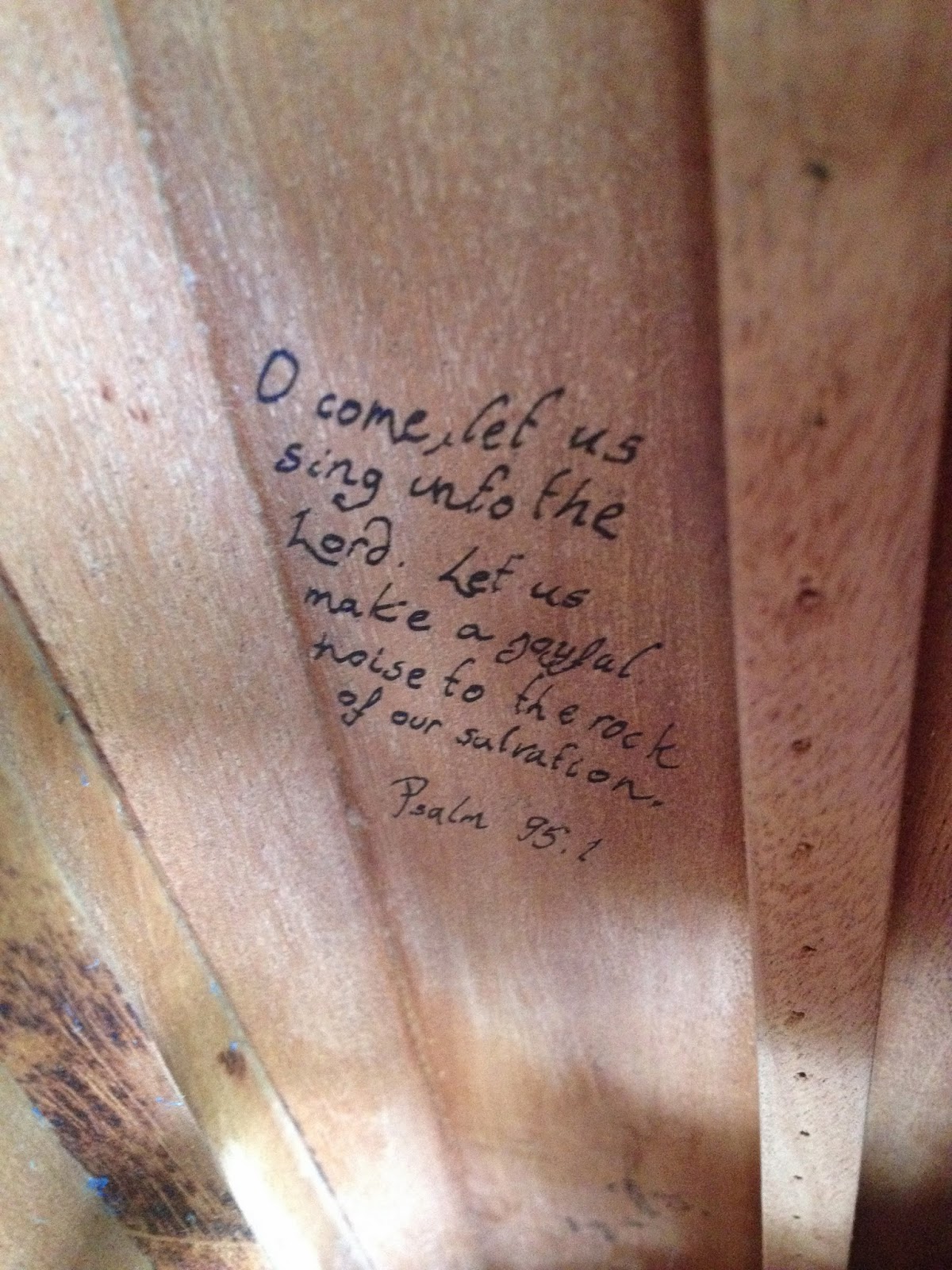 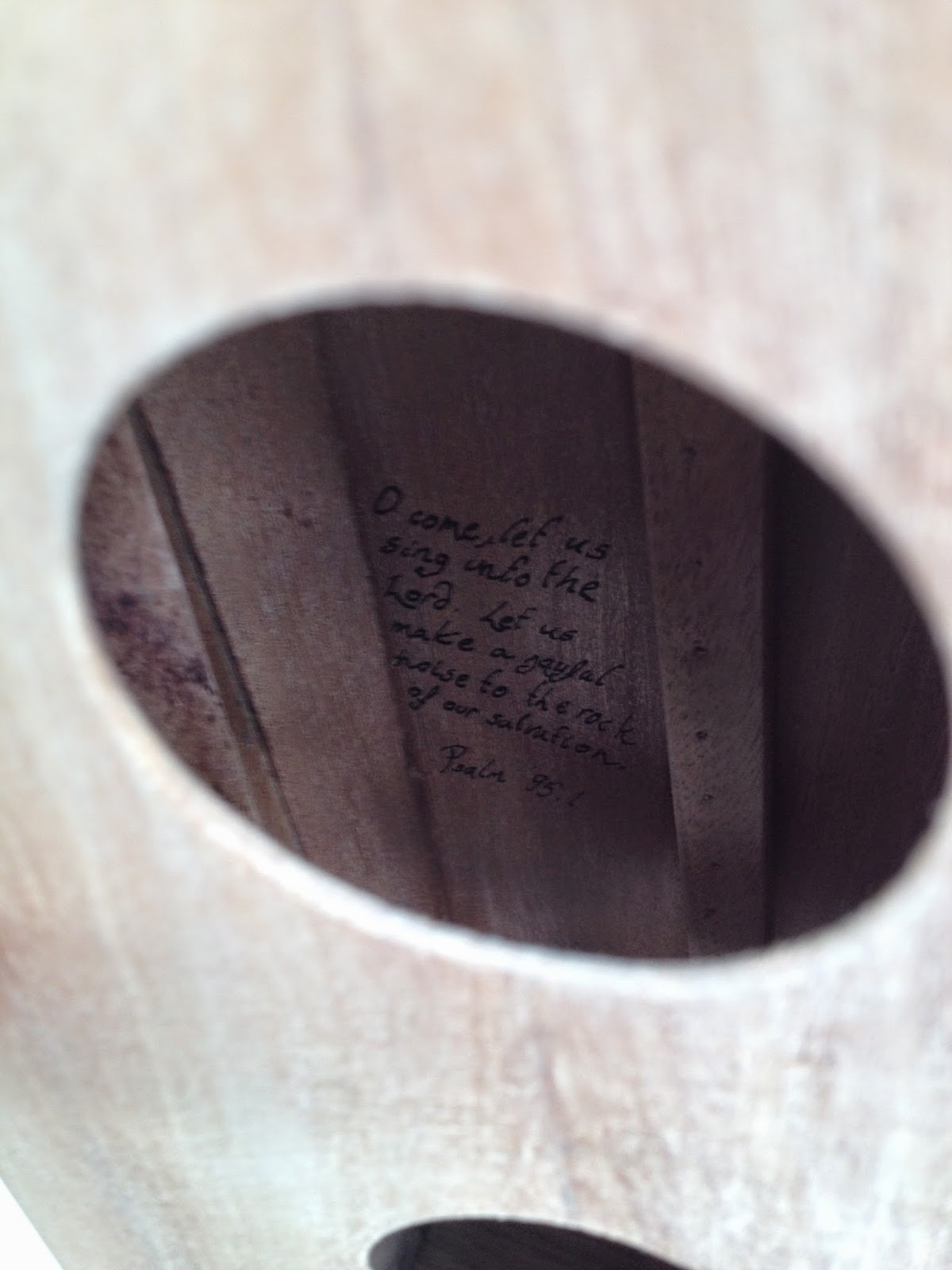 Posted by Unknown at 5:55 PM No comments: